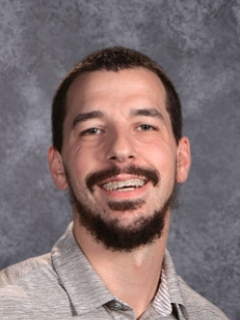 Former Teaching Assistant and Coach Starts His New Roles on September 1, 2020
July 17, 2020, Rochester, New York: Rochester School for the Deaf (RSD) Superintendent and CEO Antony McLetchie has appointed former Teaching Assistant and Coach Anthony Palmer to the post of Athletic Director (AD) / Physical Education (PE) Teacher. Palmer takes over the AD helm following the retirement of Mary Cook, RSD’s long-time AD, Coach and PE Teacher. He will start in his new roles September 1, 2020. Born in Unadilla, New York, Palmer spent most of his life, to date, in Rochester, New York. He attended Rochester School for the Deaf (RSD), then transferred and graduated from Model Secondary School for the Deaf (MSSD), in Washington, DC, in 2009. Palmer was actively involved in athletics at RSD and MSSD, including soccer, football, basketball, baseball/softball, and track and field. He continued his post-secondary education at Gallaudet University, where he played collegiate football. In 2013 Palmer graduated from Gallaudet with a Bachelor of Science degree in Physical Education and Recreation. While at Gallaudet, Palmer coached various athletic teams at MSSD, including varsity girls’ basketball, varsity football, and high school track and field. After Gallaudet, Palmer moved back to Rochester to attend The College at Brockport State University of New York where he earned his Master of Science in Athletic Administration. During his six years of employment at RSD, Palmer coached middle school basketball, boys’ high school basketball, and high school track and field. Palmer says that he looks forward to working with RSD students, staff and parents as well as the RSD community. He says that he is dedicated to directing an outstanding tradition of RSD athletic programs which he believes contributes immensely to the overall success of the premier school for Deaf and hard-of-hearing children and youth in Upstate New York and the Finger Lakes Region.